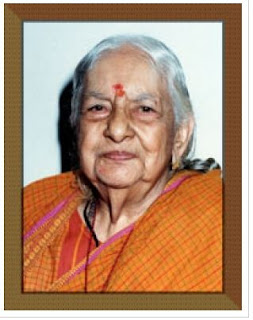 “Kamla Devi Chattopadhyay is named after the women with respect and praise, who opposed the ideological ideology and superstitious traditions in the formation of modern India in their personal lives and made them ideology. Apart from this, Kamla Devi has made special contribution in the development of handicrafts and has co-operated and expanded its expansion. Kamla Devi’s respect was in the arts and theater as well as active politics. His such thinking inspired him to freedom movement and he also paid the jail sentence. For this contribution of Kamla Devi, she was awarded the Magsaysay award of the year 1966.”

Kamla Devi Chattopadhyaya was born on 3 April 1903 in Mangalore. He was born in Saraswat Brahmin Kul and was the fourth and youngest daughter of his parents. Anant Dhareshwar, father of Kamla Devi, was the District Collector of Mangalore and his mother Girija was the son of a princess in Karnataka. Kamla Devi’s deep association with her mother was from the very beginning.

Kamla Devi was a talented student. He was able to stay in the ashram of the drama tradition of Sanskrit, the drama poet Shree Mae Mahadev Chakar. He was convincing of acting and adopted the Kerala-Kuriyadam tradition. In the family of Kamla Devi, many freedom fighters and enlightened people of that time used to come. Among them were Mahadev Govind Ranade and Gopal Krishna Gokhale, women were also Ramabai Ranade and anabiente. That is why national and indigenous rites of Kamla Devi were in existence since childhood. His rebellious nature also started from the beginning. He had raised questions on the political tendencies in the sharing of his mother’s property in childhood. They liked to play together with their servants and their children and to know their life. An important incident filled her self-esteem in her childhood. Kamla Devi was only seven years old, when her father suddenly died. There was also a tragedy that he had not written any of his will before he died, so that all his property was found according to the law of his time, his stepfather had got and Girijadevi was granted only the allowance of the monthly allowance. The reason was that Girija Devi had only daughters with her husband. Girije Devi rejected this monthly allowance and had decided that he would feed his daughters only with his property from his father’s house in his dowry.

In 1917, he married Krishna Rao. Then she was only fourteen years old and studying at school. Two years later she became a widow. According to the tradition of that time the widows were deprived of the right to education. But Kamla Devi continued her studies. From St Mary’s School, Chennai, he passed High School in 1918. And after that Queen Mary came to college. There she was introduced to Sarojini Naidu’s younger sister who introduced Kamla Devi to Harin Chattopadhyay, a well-known dramatist, poet and actor.

When Kamla Devi Chattopadhyay was twenty-two years old, she married Harin Chattopadhyay. The Axiom society of this marriage was very opposed because it was not in favor of widow marriage but it was a pair of composers, who together worked a lot in the field of drama and dramatics.

Kamla Devi also acted in many films. At that time women were not considered to be good plays, movies, but Kamla Devi did not care about it. Initially, he acted in two silent films. The Kannada film industry’s first silent film ‘Mercantika’ was made in 1931. In it Kamla Devi played the role of heroine under the direction of Mohan Bhavani. In 943 he came in Hindi film ‘Tansen’ with Kundan Lal Sehgal and Khurshid. After that, in 1943, his acting came in ‘Shankar Parvati’ and in 1946 in Dna Bhagat.

Shortly afterwards, her husband Harin went to London, where he later also called Kamla Devi. Upon reaching there, Kamla Devi entered Bedford College of London University and received a diploma in sociology.

In 1923, at the call of Mahatma Gandhi’s non-cooperation movement, Kamla Devi returned to India and subscribed to the service team of the Gandhi organization. This group used to work for social uplift. Soon he was made the head of the women’s department. In this responsibility, their work was to take the women, girls of all ages into the team, train them and keep them in the rules. This lady member of the party was called the Sevikaas.

In 1926, his meeting took place with the All India Women Conference (AIWC) founder Margaret E. Concinnes who placed them in the Madras Provincial Legislative Assembly. In this way he became the first woman in India to get a Legislative seat (Constitutional seat) in the House.

In 1927, he formed the All India Women’s Conference and became his first organizing secretary. After gradually developing, it became a national organization, whose branches became across the country. During his tenure, he traveled to many European countries and worked for community welfare. He established many educational institutions which were specially for women and were being run by women. Lady Irwin College of Home Science made in Delhi is such an important institution. In 1938 Kamla Devi Chattopadhyaya actively participated in the movement of salt with Gandhiji. He made salt on the Samudra coast of Bombay.

Apart from Kamla Devi, the seven-member team of Gandhiji was Avantika Bai Gokhale, who was associated with that satyagraha as a female member. During this monsoon, he entered the Bombay Stock Exchange with the prohibition of salt with the intention that he would sell salt there. On this move, he was arrested and sent to jail, where he had to stay in jail for nearly a year. In this way, he filed his name as the first woman to go to jail in the freedom struggle. In 1936, he was made Congress President of the Socialist Party and he worked with Jayprakash Narayan, Ram Manohar Lohia and Minu Masani. Kamla Devi was of the view that ‘feminism’ can not be separated from ‘socialism’. They were also opposed to such separators in their party. Once Mahatma Gandhi also became the reason for his opposition. When Gandhiji made the idea of not keeping women in Dandi March. He used to think that the British would avoid lifting arms on women like women, like Hindus do not blame on the cow. Kamla Devi had opposed this.

After attaining independence, Kamala Devi returns to the work of art and culture. On the lines of Western countries, they put forward the idea of making many Kraft museums. The theater craft museum of Delhi is in this sequence.

In 1962 Kamla Devi started the Natya Institute of Kathak and Choreography in Bangalore.

Kamla Devi was a woman thinking ahead of time, in this sense, she established the All India Handcraft Board and the Craft Council of India. She became the first President of the World Crown Council in the Asia-Pacific region.

He founded the National School of Drama and Sangeet Natak Akademi and was appointed a UNESCO member.

Some incidents in the life of Kamla Devi Chattopadhyay will always be remembered. During the Salt Satyagraha in 1930, he entered the High Court and sitting there, he became fearless and questioned whether he would like to buy this salt of freedom …?

Similarly, in the year 1930, on 26th January, he invited the whole country, tried to save the Tricolor flag between an encounter and fought with the flag.

Her love was married to Harin Nath Chattopadhyaya and both of them together worked a lot in the field of art and culture. When Kamla Devi was associated with Gandhi Movement in 1920, she took the separation of her husband without any dispute, seeing her national obligation so that she could walk freely on her own paths. This intention was fulfilled by a divorce from her husband, whereas divorce at that time was also a rare event.

Kamla Devi was conferred Padma Bhushan in 1955 and Padma Vibhushan in 1957. He was selected for the Fellowship of the Music Natak Academy and the Ratna Member in 1974. UNESCO rewarded him for the development program of Handicrafts in 1977. Shantiniketan embellished Kamla Devi with her highest honor, Disikottama. The International and Patronage Organization also honored him with respect.

The autobiography of Kamla Devi, author of eighteen books, published and published in 1986.